This is coming as the President of Lagos Chamber of Commerce and Industry (LCCI), Mr. Babatunde Ruwase, yesterday hailed Nigeria’s membership of AfCFTA and commended Buhari for signing the agreement.
The president’s spokesman, Mr. Femi Adesina, in a statement, said Buhari signed the treaty at exactly 10: 47 a.m. in the presence of other African heads of state and governments, delegates and representatives from the private sector, civil society and the media, which attended the 12th Extraordinary Summit of the African Union on the launch of the Operational Phase of the AfCFTA.

The phase one of the agreement was adopted by African Union (AU) Heads of State and Governments at its 10th Extraordinary Summit in Kigali, Rwanda, on March 21, 2018.

But Nigeria pulled out of the agreement signing ceremony at the last minute, following agitations from the private sector that the agreement would make Nigeria a dumping ground for goods and services in Africa.

Consequently, the president set up a committee to make wider consultations on the agreement with a view to coming up with recommendations on whether Nigeria should join AfCFTA or not.

The committee, while submitting its report on June 27, advised Buhari to sign the agreement, listing a number of factors, which aided the committee’s recommendations and the benefits accruable from it.

Shortly after signing the agreement yesterday, the president, according to the statement, declared that Nigeria’s commitment to trade and African integration had never been in doubt neither had it ever been under any threat.

The statement added that Buhari told the summit that Nigeria would build on yesterday’s signing of the treaty by proceeding expeditiously with the ratification of the AfCFTA.

‘‘Nigeria wishes to emphasize that free trade must also be fair trade. As African leaders, our attention should now focus on implementing the AfCFTA in a way that develops our economies and creates jobs for our young, dynamic and hardworking population,” Buhari said, adding: “I wish to assure you that Nigeria shall sustain its strong leadership role in Africa, in the implementation of the AfCFTA. We shall also continue to engage, constructively with all African countries to build the Africa that we want.”

The statement, which copiously quoted the president on his observations on the agreement, also said the president congratulated Ghana on its selection to host the Secretariat of the AfCFTA while describing the signing of the agreement on behalf of Nigeria as an honor.

The president recalled his hesitation to sign last year, explaining it was due to reservations at home.

He said he subsequently extensively consulted and sensitized the stakeholders, adding that the outcome was a buy-in by all concerned.

“Our consultations and assessments reaffirmed that the AfCFTA can be a platform for African manufacturers of goods and providers of service to construct regional value chains for made in Africa goods and services,” Buhari said, adding: “It was also obvious that we have a lot of work to do to prepare our nation to achieve our vision for intra-African trade, which is the free movement of ‘made in Africa goods.’

President Muhammadu Buhari has approved the constitution of the Policies, Programmes and Projects Audit Committee. Chairman of the committee is the Vice President of the Federal Republic of Nigeria, Yemi Osinbajo. 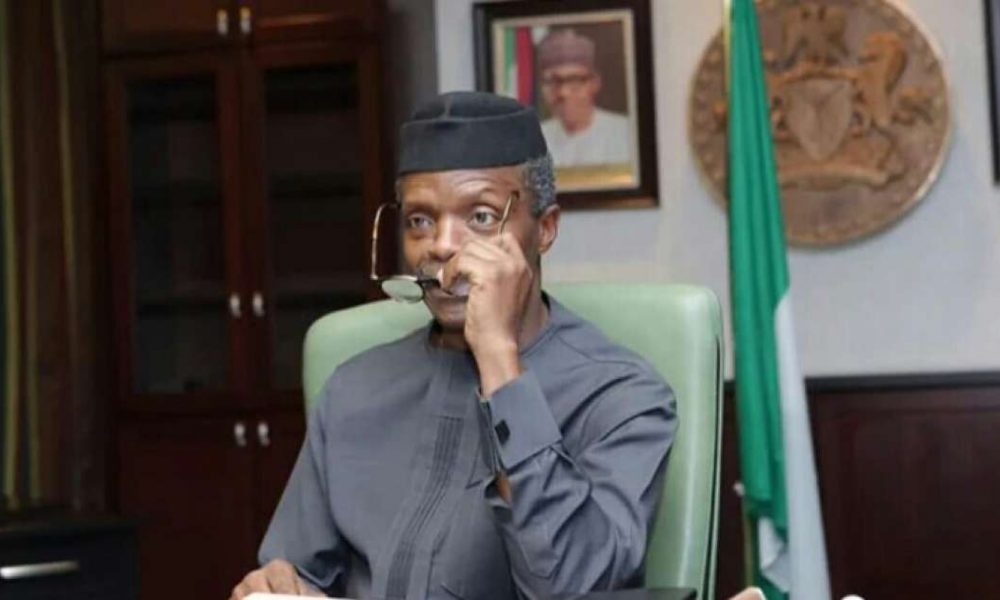 Members of the committee are Chief of Staff to the President, Head of Civil Service of the Federation, Minister of Budget and National Planning, Minister of Finance.

Also in the committee are Minister of Water Resources, Governor, Central Bank of Nigeria, National Security Adviser, Permanent Secretary, Cabinet Affairs Office and Deputy Chief of Staff to the President is a member and secretary of the committee.

The Terms of Reference include “To audit and determine the status of implementation of policies, programmes and projects either inherited or commenced by the out-going Administration;

“Identify and highlight a residue of works and challenges that may militate against their successful implementation;

“Prepare and produce a detailed working document that would guide the incoming Cabinet Members on the direction of Government regarding policies, programmes and projects;

“Co-opt any organization(s)/person(s) relevant towards the successful execution of the exercise; and

“Make any other recommendation(s) as may be necessary.”

The date of Inauguration of the committee is Friday 15th March 2019 at the Vice President’s Conference Room.

Minimum wage: What will you gain by ‘cutting 3k from 30k’ – Sen. Shehu

Shehu Sani, the Senator representing Kaduna Central has criticised the approval of the sum of N27,000 as the new minimum wage by the National Council of State. The national council approved the sum during its meeting at the Presidential Villa in Abuja, presided by President Muhammadu Buharion Tuesday.

The N27,000 approved by the Council of State is N3,000 short of the N30,000 the Tripartite Committee on Review of National Minimum Wage recommended.

Reacting, Sani on his Twitter page criticised the decision of the National Council of State.

The Kaduna lawmaker wondered why N3000 was deducted from the N30,000 minimum wage proposed by the Labour union.

Sani wrote: “National Council of State what will you gain by ‘cutting 3k from 30k’ in a nation where even government agencies are declaring ‘record breaking’ billions and trillions in revenues and also states making claims of higher IGR?